WHO Says Ebola Outbreak In Congo Could Be Over By September 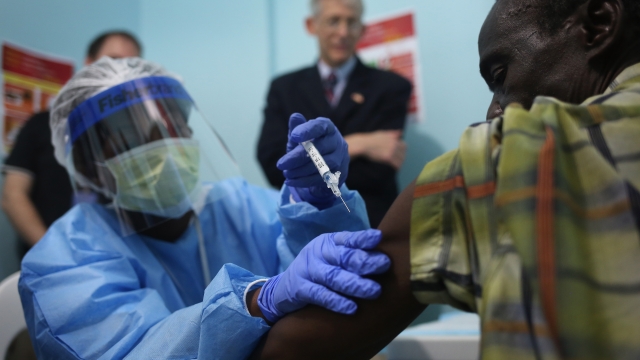 SMS
WHO Says Ebola Outbreak In Congo Could Be Over By September
By Katherine Biek
By Katherine Biek
March 15, 2019
The organization's director-general said the number of new cases being reported each week is down since January.
SHOW TRANSCRIPT

The Ebola outbreak in the Democratic Republic of Congo could be completely contained by September.

That's according to the director-general of the World Health Organization. He told reporters Thursday the number of new cases being reported each week is down since January.

At least 927 confirmed and probable cases of the Ebola virus have been reported since the outbreak was declared back in August. More than 580 of those people have died.

It's the second-largest Ebola outbreak in history. The largest outbreak on record occurred in West Africa and killed more than 11,300 people between 2014 and 2016.

On Thursday, the WHO said the majority of new cases being reported in Congo are now occurring in just two neighboring urban areas.

But the director-general warned that more attacks on Ebola treatment centers could end up reversing any positive gains made so far.

He noted that finding ways to protect aid workers and patients and building trust in the community are both essential to ending the outbreak.