From eBooks To Digital Currency, We May Own Less Than We Think 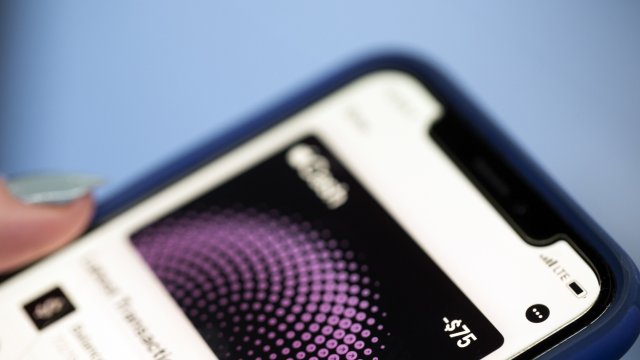 SMS
From eBooks To Digital Currency, We May Own Less Than We Think
By Newsy Staff
By Newsy Staff
February 16, 2022
Some PayPal users have been barred from the platform, unable to get their money or any answers unless they subpoena the platform.

Many people have a digital money transfer app like PayPal, Venmo or CashApp, but how secure do users feel in the money that's held in those accounts?

There have been some troubling cases, particularly with PayPal, where accounts are suddenly getting locked and keeping people from accessing their own money.

One of those cases comes from Newsy's own Amber Strong.

"So on Nov. 17, I got an email from PayPal saying that my account was temporarily limited because they'd noticed high risk activities, which I didn't know what that meant, so I called people to find out why my account had been limited," Strong said. "Three days later, I received an email from PayPal with these big kind of screaming letters that said, 'You can no longer use PayPal.'"

Despite Strong's determination to get an answer for why her money was suddenly locked up, PayPal said to do so, she would need to have a law enforcement officer or attorney and issue a subpoena to find out why her account had been restricted.

"So needless to say, I don't have an attorney," Strong said. "So here we are months later, my account is still frozen. I haven't gotten my money back."

To be clear, she’s not just being denied her money; she's being denied the information about why her account was frozen and told to get a lawyer for answers. To state the obvious – there's nothing nefarious here: Strong primarily uses this account to send money to family members.

And she’s not the only one caught in this kind of situation. There have even been some high-profile cases.

Poker champion Lena Evans recently sued PayPal for freezing nearly $27,000 in her account used to run her non-profit supporting women's needs. She was likely inspired by another poker champ who went through a similar incident last year, Chris Moneymaker — his real stage name by the way. When he had threatened to sue, PayPal suddenly returned his money a few days later.

The federal class action lawsuit with Evans proposed this year alleges the same behavior that Strong experienced, right down to telling the plaintiffs they have to get a subpoena to learn why their money was being locked.

There are an estimated 325 million account holders worldwide with PayPal, and many of these accounts are for people who can't access checking accounts in a bank or need easier ways to receive urgent payments.

One woman in Tennessee who lost both her jobs in the pandemic and was receiving unemployment benefits through PayPal before it was inexplicably frozen. After being pushed to the financial brink, she ended up suing PayPal. Only a couple days later, and without explanation, the company deposited a few thousand into her new checking account she opened up at a local bank.

With cases like that, we're reminded of the real stakes here and how a lack of explanation for locking and depositing money can be so troubling. Amber made this point to us too.

Cases like Strong's also bring up complicated questions of digital ownership. Whether it's money kept in an app or an eBook you downloaded, there's been much debate over how much we actually "own" of our digital goods we think we own.

When it comes to digital goods — books, games, movies — users are usually purchasing a license to use the software or item involved, not owning the actual item. That allowed companies like Microsoft to just delete Xbox Fitness without refunding users, or let to Amazon deleting a copy of 1984 off of users' Kindles. That misconception between owning and licensing is a very simple mistake to make.

A study in 2017 on user behavior when shopping for eBooks and presented a list of statements, to which nearly 90% reported they do own the digital goods and can keep them indefinitely or share on devices, but it turns out they can't.

And if a consumer thinks this is easy to avoid if they don't use a lot of eBooks or downloaded movies — it's worth noting these tricky licensing agreements involve more products than one might think.

Take John Deere tractors for an infamous example. Even if a farmer "buys" one, according to John Deere, farmers don't actually own it. They're licensing the ability to use the software on the tractor. That also means the farmers are out of luck if it breaks down. Even if they know how to fix it themselves, they have to take it to a specialist that can give access to the copyrighted software needed.

Whether it's a tractor an eBook or your simple, hard-earned cash, the digital era has introduced this peculiar legal knot when it comes to ownership and licensing rights. And the truth is, as long as most users don't run into problems, most people might assume, "This is just part of the deal when it comes to modern conveniences. I can live with this."

That's fair, but it's important for consumers to be aware of the difference, especially in case they wake up one day without access to their money — money they might be really depending on.