WHO: Most People In The World Have Some Kind Of Herpes 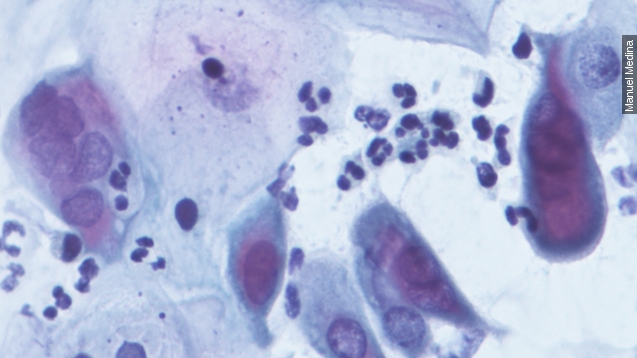 SMS
WHO: Most People In The World Have Some Kind Of Herpes
By Grant Suneson
By Grant Suneson
October 29, 2015
The World Health Organization announced the results of a study that says more than 4 billion people have some form of the herpes virus.
SHOW TRANSCRIPT

Fresh off the revelation that bacon might give you cancer, the World Health Organization estimates over 4 billion people under 50 have the herpes virus. That's roughly two-thirds of the demographic.

About 90 percent of those cases are the milder variety, herpes simplex virus type one, or HSV-1. It's usually spread by oral contact and generally results in cold sores around the mouth.

But the group estimates there are more than 140 million cases of HSV-1 that have resulted in genital sores.

Thankfully, the number of people with HSV-2, also known as genital herpes, is much smaller, but it's still significant with an estimated 417 million cases worldwide.

Both varieties of the virus are less common in higher-income countries, likely due to better hygiene.

In 2012, the study estimated that in the Americas, 49 percent of women and 39 percent of men were afflicted with HSV-1, compared to 87 percent for both sexes in Africa.

The director of the organization's Department of Reproductive Health and Research said, "Access to education and information on both types of herpes and sexually transmitted infections is critical to protect young people's health before they become sexually active."

This video includes images from CC by 2.0