Measles Cases Worldwide Have Almost Tripled In The Last Year 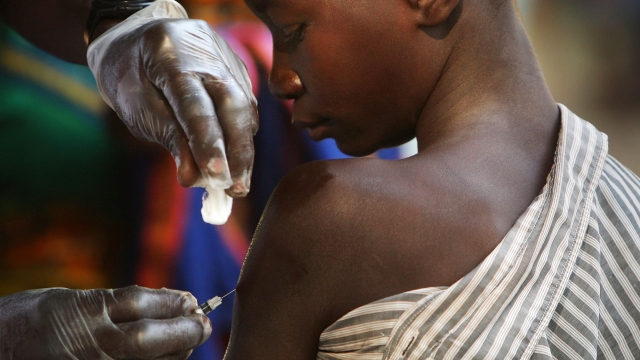 SMS
Measles Cases Worldwide Have Almost Tripled In The Last Year
By Caitlin Baldwin
By Caitlin Baldwin
August 14, 2019
The World Health Organization says it's the highest number of reported cases in over a decade.
SHOW TRANSCRIPT

Measles cases across the world are the highest health officials have seen in over a decade.

According to provisional data from the World Health Organization, the number of global reported cases nearly tripled in the past year — with more than 364,000 cases so far in 2019 compared to about 129,000 reported cases in the first seven months of 2018.

WHO says the Democratic Republic of the Congo, Madagascar and Ukraine have the highest number of cases — though cases in Madagascar have dramatically dropped recently because of vaccine campaigns.

Other major measles outbreaks are reported in African countries like Angola, Cameroon, Chad, Nigeria, Sudan, and South Sudan. Asia is also seeing major outbreaks in the Philippines, Kazakhstan and Thailand.

And the U.S. has reported its largest measles outbreak in two and a half decades.

These numbers are based on reported cases. The World Health Organization says the actual number of cases is estimated to be much higher. The organization says less than 1 in 10 cases around the world are actually reported.