Who Knew Moon Dust Was So Important? 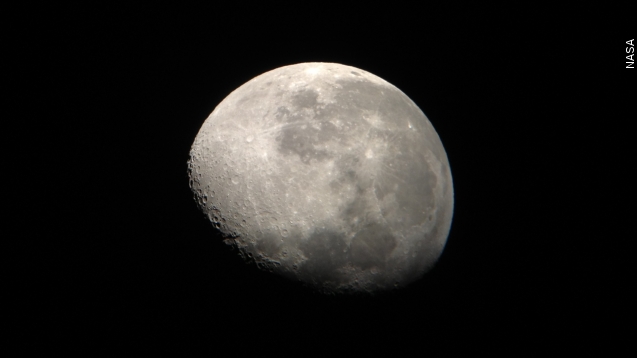 Our own moon still has some mysteries, even after all these years of exploration. But who would have guessed that moon dust would be one of the most enduring? (Video via NASA)

A new study found that the moon sports a large, permanent cloud, even though it has no atmosphere, and the dust is most likely being kicked up by a constant stream of tiny particles hitting the surface. (Video via NASA)

The research used data from NASA's LADEE mission, which studied the moon from a low-altitude orbit. It found that the cloud got thicker when the moon went through, say, a comet's path or a meteor shower. (Video via NASA)

The moon has been known to have some kind of cloud ever since the Apollo missions in the '60s and '70s. Astronauts saw a faint glow on the horizon, which wouldn't happen without either an atmosphere or a fairly dense cloud of dust close to the ground. (Video via NASA)

And the new findings don't actually solve that mystery. The particle impact theory only explains why the moon would have a large, thin cloud. If it also has a short, dense one, there would have to be some other phenomenon at work. (Video via NASA)

All of this sort of underlines an interesting fact about space exploration: dust is a big deal, and understanding dust could be the key to successfully colonizing other planets.

Lunar dust is one of the factors making permanent moon bases a distant dream. NASA describes it as an abrasive, clingy threat, that can be contaminated with radiation, can be toxic, can build up static electricity and, some of the early astronaut photos show, it gets everywhere. They also say it smells like gunpowder.

Dust shuts down Mars rovers by coating their solar panels. It gets on spacesuit visors and limits visibility. It can even clog sensitive equipment if it's allowed to float around inside the spacecraft. You can see why it's a big deal. (Video via NASA)

And to add insult to injury, it will eventually erase all of the human footprints on the moon's surface — unless we go make some new ones, that is.