Who Was The Real-Life Partner Of The 'BlacKkKlansman'? 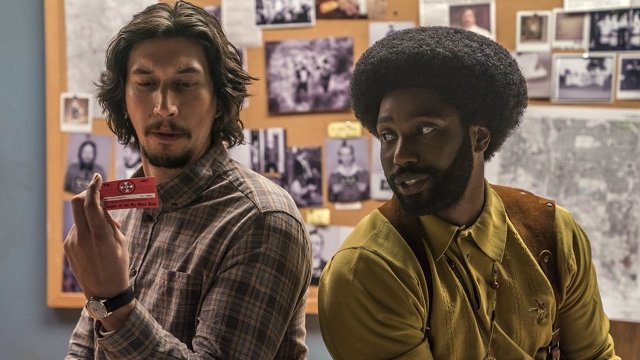 Spike Lee's new movie "BlacKkKlansman" is about a black man infiltrating the KKK in the late '70s. It's inspired by the true story of Ron Stallworth, Colorado Springs' first black detective. Stallworth is front and center in the film and has given several interviews since publishing his book "Black Klansman." But there's another person we haven't seen: his partner.

Stallworth told NPR: "I had to have a white officer introduced into the mix posing as Ron Stallworth. So I got an undercover narcotics detective friend of mine — in the book, he's identified as Chuck, that's not his real name — but I had Chuck pose as me."

"White Stallworth" would go on face-to-face meetings with members of the Ku Klux Klan, while the real Stallworth dealt with the KKK over the phone.

Little is known about Chuck, or Flip Zimmerman, as he's referred to in the film. Both names are aliases, and Stallworth never revealed his partner's identity. The officer has never come forward, although an image of Chuck does appear on Stallworth's book. 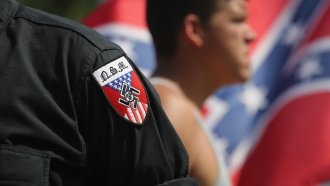 We do know the real Chuck isn't Jewish like the movie version. According to Stallworth, he and Chuck have the same physical build, but they also have some major differences: Chuck's voice is completely different from Stallworth's.

On the "Today" show, Stallworth says, "[The KKK] should have known from the very beginning when Chuck walked in the door for that first meeting, because his voice is totally different from mine." He also said: "A common thread in media when reporting this story is that I talked to David Duke and the other Klansmen in a 'white voice.' I talked to them on the phone exactly as I am talking to you folks right now. There is no attempt to disguise my voice. When you work undercover, you can't play with things like that. You have to stay as true to your character, your natural persona, as possible."

The investigation lasted seven and half months. Stallworth said during that time, there were no bombings or cross burnings in Colorado Springs because they disrupted the KKK's activities.