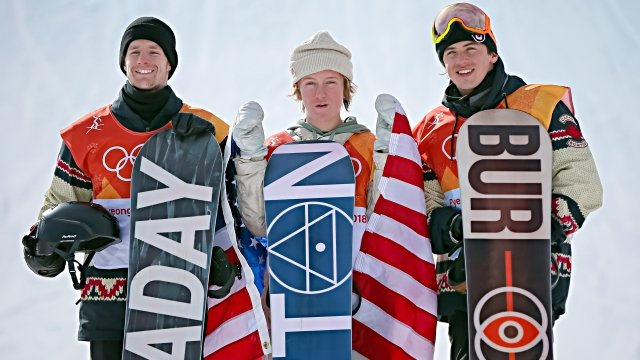 Snowboarder Red Gerard won U.S.' first gold medal of the 2018 Winter Olympics. But who is he?

Well, first of all, he's 17, making him the youngest U.S. snowboarder to ever win an Olympic medal and the youngest person from any country ever to take gold in snowboarding. He's also one of the youngest members of Team USA.

Gerard was was born in Cleveland and started snowboarding when he was 2.

His family later moved to Colorado, and Gerard stuck with the sport and scored a sponsorship with Burton at the age of 11.

He's the second-youngest child in a family of nine and has four brothers and two sisters.

Gerard's next appearance at the Winter Olympics is during the Big Air qualifiers on Feb. 20.