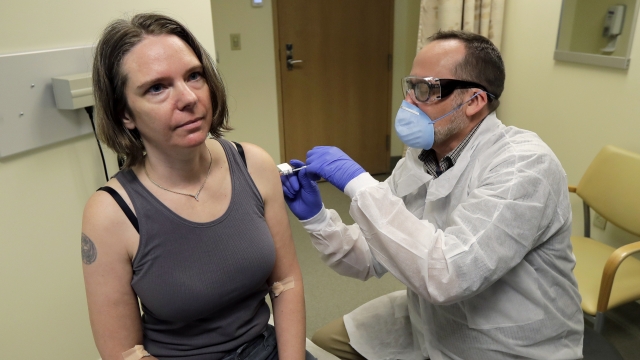 SMS
Who Gets COVID-19 Vaccine First?
By Cat Sandoval
By Cat Sandoval
September 15, 2020
A CDC group is looking at health care employees, essential workers, those with health conditions, and people over 65 as possible vaccine priorities.
SHOW TRANSCRIPT

"Our model, our best case predicts that we will have an answer by the end of October," says Albert Bourla.

The Pfizer's CEO and chairman predicts that the drugmaker will know by next month whether its COVID-19 vaccine works and if it's safe and effective. But a big question remains: Who will get the vaccine first? For this we turn to Phyllis Arthur who for 16  years helped launch several vaccines in the U.S. and internationally including the first HPV vaccine, Gardasil.

She says, "The decision on who will get the vaccine first is actually right now under very critical discussion within the CDC and its advisory committee on immunization practices are known as the ACIP," says Arthur, who is also the vice president of infectious diseases and diagnostics policy at Biotechnology Innovation Organization.

The ACIP: The Advisory Committee on Immunization Practices is currently exploring four proposed groups for early-phase vaccination: health care personnel (which also includes people not directly involved in patient care but are exposed like office managers and cleaners), essential workers, those with high risk medical conditions, and adults over 65. The ACIP will finalize their decision based on the vaccine study.

Newsy Reporter Cat Sandoval asks: "Because COVID-19 has disproportionately impacted Black, Latinx and Native American communities, do you think race should also play a role in a deciding who gets the vaccine?" 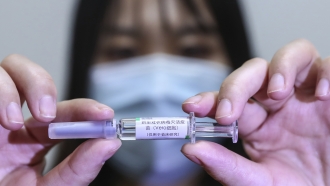 Arthur doesn't think we should solely focus on race and ethnicity for vaccine distribution. By targeting essential workers and people with high risk medical conditions, these communities will indirectly benefit. Another issue — getting the public to trust that vaccine

Dr. Emily Landon,  Executive Medical Director, Infection Prevention and Control, University of Chicago Medicine, says, "I think everybody is having more mistrust of the vaccine process here. You know, there's been a lot of talk about rushing things."

But Landon wants to put the public at ease.

"So far, we have not seen anything cutting corners on the vaccine trials," says Landon.

She says pharmaceutical companies have gotten rid of the red tape and bureaucracy in the name of efficiency but the way clinical trials are being done are still the same. Also, promising vaccines require two injections and that could be a challenge in vaccine distribution.

"I say the biggest mistake we can make with vaccine distribution is distributing the vaccine in such a way that people can't get the second dose of whatever it is that they got the first time," says Landon.