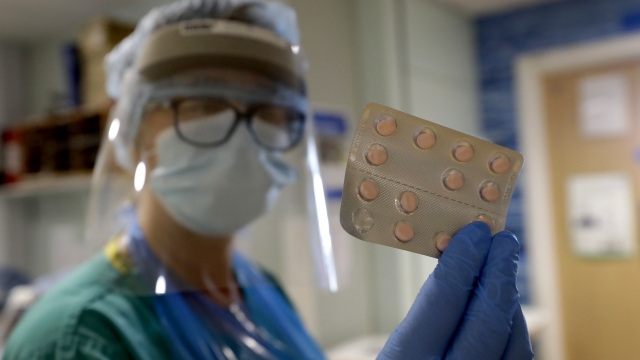 SMS
First COVID Drug Trials To Be Released In Two Weeks, WHO Director Says
By Bailey Vogt
By Bailey Vogt
July 4, 2020
The trials included testing remdesivir, which has been seen as a "hopeful" drug to cure the virus.
SHOW TRANSCRIPT

The director general added that "nearly 5,500 patients from 39 countries" were included in the trials.

The United Nations organization is testing a number of drugs including remdesivir, which health officials have called has a "hopeful" drug for treating the virus.

They were also testing the drug touted by President Donald Trump, hydroxychloroquine. However, active testing has been paused as concerns emerged over the drug's effectiveness and potential harms for people suffering from COVID-19.

The WHO also tested a pair of HIV drugs, both solo and with another medication, as other potential remedies for the virus.