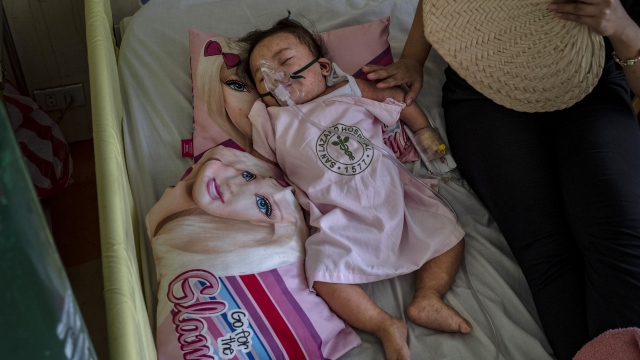 Health agencies estimate that 140,000 people across the world died from measles last year. That's about 16,000 more deaths than the previous year.

The World Health Organization, in partnership with the U.S. Centers for Diseases Control and Prevention, released that number in a report Thursday. Most of those deaths were children under 5 years old.

The director-general of the World Health Organization said, "The fact that any child dies from a vaccine-preventable disease like measles is frankly an outrage and a collective failure to protect the world’s most vulnerable children."

The report says half of all measles cases last year came from just five countries: The Democratic Republic of Congo, Liberia, Madagascar, Somalia and Ukraine.

But it's not just poorer countries dealing with major measles outbreaks. This year, the U.S. reported its greatest number of cases since 1992.

The U.S. was dangerously close to losing its measles elimination status. And as WHO and CDC point out, Albania, Czechia, Greece and the U.K. lost theirs in 2018 following protracted outbreaks of the virus.

The report also warns about the recent discovery of what's being called "immune amnesia" in unvaccinated children. Scientists found that children who came down with measles and recovered lost anywhere from 11% to 73% of the antibodies needed to fight other infections like the common cold or the flu. It could take months or years for those antibodies to return.

Measles is preventable with the use of a safe and effective vaccine that's been around for 50 years. Yet the report says that out of the 86% of children who receive the first dose of the vaccine, fewer than 70% received the second dose.

WHO and CDC are urging every country to invest in "high quality national immunization programs and disease surveillance" to help combat measles globally.