WHO Walks Back Statement That Asymptomatic COVID-19 Spread Is Rare 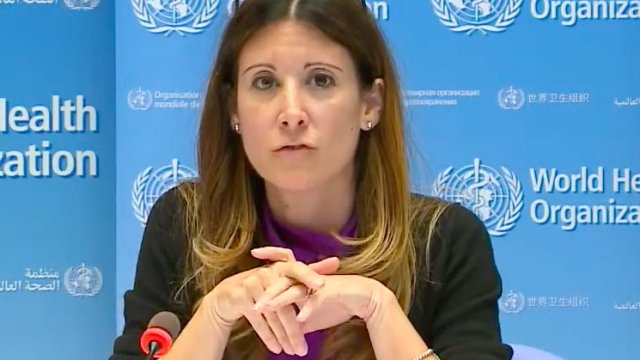 A World Health Organization official clarified a prior statement that asymptomatic transmission of the coronavirus is rare.

A World Health Organization official is walking back a statement that asymptomatic transmission of the coronavirus is rare and says that it's not WHO policy.

"I used the phrase 'very rare.' And I think that that's a misunderstanding to state that that asymptomatic transmission globally is very rare. What I was referring to was a subset of studies," Dr. Maria Van Kerkhove, dead of the Emerging Diseases and Zoonoses Unit for the World Health Organization, said during a Q&A Tuesday morning.

Even though we’ve been dealing with COVID-19 for months, there’s still limited data at best and a lot of unknowns. WHO officials say in addition to a few small studies, they were referencing presentations and reports of clusters of cases from WHO member states that weren’t widely published. Models, including the one the CDC uses, estimate 40% of coronavirus transmission is occurring before people feel sick.

"They should not, in my view, be interpreted as intentionally muddy or misleading. It's that science is self-correcting, right? And that science at its best is skeptical of itself, is able to quickly admit when it's wrong when faced with the data," said Dr. Ben Singer, a critical care and pulmonary specialist at Northwestern Medicine fighting COVID-19 on the front lines. He says the WHO’s communication confusion highlights how we still need more data, especially data obtained through contact tracing.

"With regard to how many is infections we can actually blame on people who are pre-symptomatic or even asymptomatic. Because I believe what the WHO was trying to communicate was that the truly asymptomatic people, in other words, the people who have an infection but do not have symptoms and will never develop symptoms, may actually be a small proportion of spread with the presence of native people, the people who lack symptoms at the time of testing, but go on to develop symptoms that may actually be a fair amount. That's the cause for spread," Singer said.

SARS-CoV-2, the virus that causes COVID-19, is spread by respiratory droplets, most often when someone coughs or sneezes. Someone who is asymptomatic, meaning they don’t show any of the telltale signs of COVID-19, still could sneeze and spread droplets to others nearby.

In the meantime, what do you need to know? None of the public health recommendations have changed, so doctors say still wash your hands frequently, social distance and wear masks if you are out in public places.