Who Are The Democrats Supporting The President's TPP Plan? 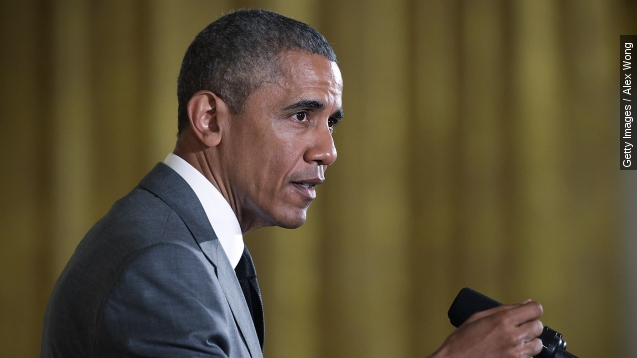 A lot has been made of the congressional Democrats opposed to the president's push for "fast-track" authority on his Trans-Pacific Partnership.

They're informally led by Massachusetts Sen. Elizabeth Warren, who's raised a number of concerns, from granting the president too much power to the impact on American workers.

Warren asked: "Who will benefit from the TPP? American workers, consumers, small business, tax-payers, or the biggest multinational corporations in the world?" (Video via Office of Sen. Elizabeth Warren)

But there are Democrats who back the president's plan. The president has said he's got 20 of them in the House. (Video via The White House)

The Hill made its own list and counted 15, but it's hard to tell exactly how many he would need to get fast-track authority through the House because Republicans are split on it, too.

And the House is where it counts now because Senate Democrats, Warren aside, agreed on a deal to move it through that chamber last month. (Video via C-SPAN)

Arguably the most important Democrat in the House, Nancy Pelosi, has criticized the bill in the past, though a writer for Politico argues she's part of a complicated political game. (Video via Democratic Caucus of the U.S. House of Representatives)

"The White House hopes Pelosi's going to put her thumb on the backs of however many necks she needs, forcing yes votes among the more reluctant but safe members, letting the more endangered members off the hook," said a writer for Politico.

The House Democrats who've vocally supported the president's plan are relative unknowns — like Rep. Eddie Bernice Johnson of Texas, who's argued, "A free-trade agreement would only help our economy."

But even they have expressed concerns, especially about transparency in the process, with many arguing fast-track authority would inherently deny public access to the deal. (Video via Brookings Institution)

The House GOP is expected to push for a vote on fast-track authority as soon as possible. (Video via U.S. House Republicans)

This video includes images from AFGE / CC BY 2.0.

Correction: An earlier version of this video misidentified House Minority Leader Nancy Pelosi as the Minority Whip. The video has been updated.