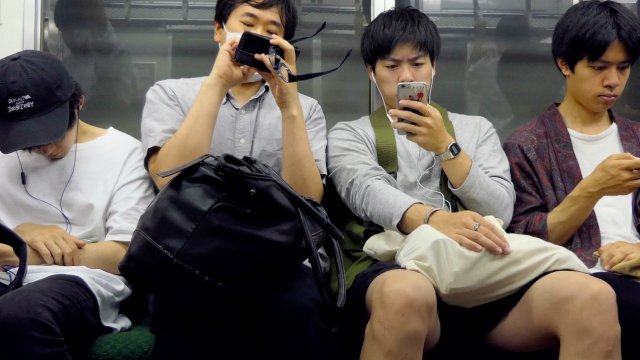 The recommended one hour of physical activity per day isn’t happening for 85% of girls and 78% of boys worldwide. A new study from the World Health Organization measured the activity of 1.6 million kids ages 11-17 from 146 countries over 15 years. Researchers found 81% of adolescents worldwide aren’t getting the exercise they need.

"Technology has really led to a change in this population. Of course, of 11-to-17-year olds are very, very much using the phones and screens to act for entertainment, to communicate and contact each other. And that can be time away, which might have been spent being active. It's also a change in terms of how we cope with transportation," Dr. Fiona Bull, program manager and public scientist with the World Health Organization told Newsy. "The roads are less safe and we need to encourage and support better building and design to make safe roads, safe road crossings and make sure cycling and walking are easy options and available. And that's changed. We're seeing more car trips, and that's changing the opportunities to be active."

The USA ranked high in the trend — 72 percent of adolescents here aren’t getting the activity they should be.

The activity study also measured the differences in activity levels by gender. The Philippines and South Korea showed some of the highest levels of inactivity in boys and girls, respectively, but researchers say one of their most compelling findings is that girls tend to be less active than boys overall.

The U.S. and Ireland had the largest gender gaps of the countries studied, where boys were more than 15% more active than girls.

"We were very concerned when we saw this persistent and global trend that girls are less active than boys, and we saw it on average around 7% or 8% globally. But in some countries, in the U.S. in particular, that gap is much larger. So it raises the question as to why is there that gap between girls' and boys' participation in this age group of 11 to 17? And most importantly, what can we do to address it? Trend data shows that, in fact, it's a consistent difference between girls and boys. So some of the solutions will be around promoting directly to girls and engaging girls." Dr. Bull said.

There’s been some research that shows "social marketing campaigns combined with community-based interventions" can improve activity levels for girls. WHO recommended this could be a starting point for shrinking the activity gender gap.