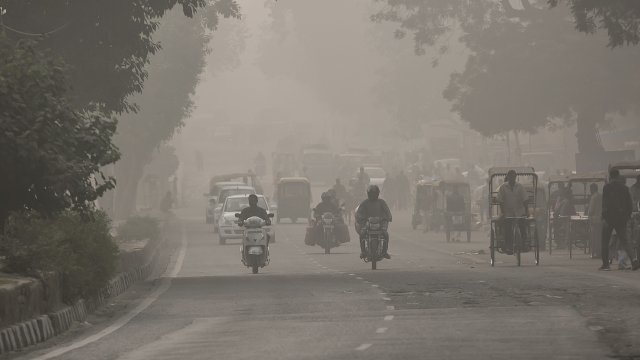 A new World Health Organization report shows India is home to 14 of the world's most polluted cities, and some Indian government officials aren't happy about it.

Air pollution isn't a new problem for India. In 2014, Delhi ranked as the most polluted city in the world. And just last year, India was rivaling China for the deadliest air pollution.

Indian officials told Reuters the country's most polluted cities were told to draw up a plan to combat the problem three years ago, but only a few have actually done so.

But it seems the Indian government could also improve its efforts to fight air pollution. An op-ed in Forbes in late 2017 notes the government has some regulations in place to reduce air pollution, but they're not being fully enforced.

The WHO estimates 7 million people die every year from household and outdoor pollution, and it puts over 2 million of those deaths in the southeast Asian region that includes India.