WHO: 1 In 8 Global Deaths Linked To Air Pollution 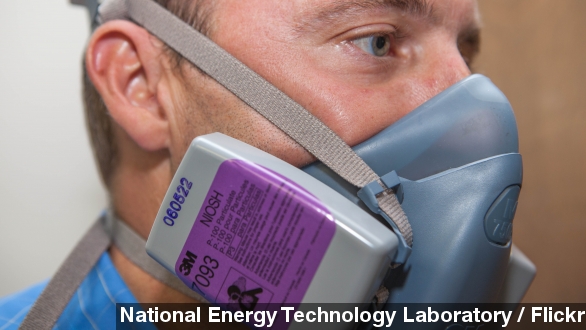 SMS
WHO: 1 In 8 Global Deaths Linked To Air Pollution

​A shocking new study from the World Health Organization estimates 1 in 8 global deaths is linked to air pollution. And the BBC says these new estimates make air pollution the biggest environmental health risk.

"Air pollution is the world’s single biggest threat to health … most deaths occur among poor- and middle-income countries in South and East Asia." (Via BBC)

And WTVT says outdoor air pollution isn’t the only concern.

"7 million people died from air pollution in 2012 … according to the health organization, indoor smoke from stoves is the bigger issue." (Via WTVT)

An Assistant Director for the organization explains: "Poor women and children pay a heavy price from indoor air pollution since they spend more time at home breathing in smoke and soot from leaky coal and wood cook stoves." (Via World Health Organization)

A writer for CNN points out over 3 billion people across the world rely on coal and wood burning stoves for cooking — these fuels release tiny particles that are often breathed in, which can result in many respiratory and cardiovascular illnesses.

According to the report, these new estimates — which are more than double the previous ones —  come as researchers have found better ways to measure exposure to air pollution. The World Health Organization credits improved technology and understanding of air pollutants.