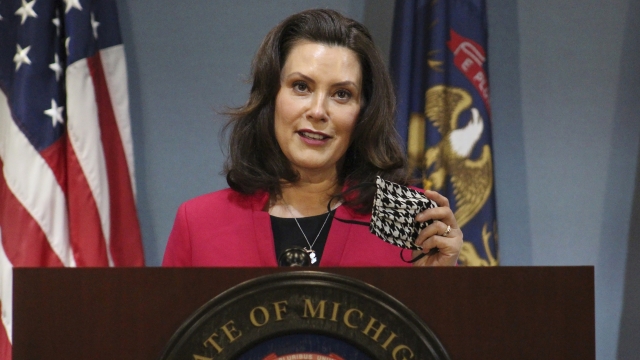 SMS
Michigan Gov. Whitmer Extends State Stay-At-Home Order Until June
By Bailey Vogt
By Bailey Vogt
May 23, 2020
As rates of new cases decline in state, Whitmer says she wants to prevent a potential second wave of the virus.
SHOW TRANSCRIPT

While many states have relaxed or removed restrictions, Whitmer said Michigan was "not out of the woods yet." As the rate of new infections declines in the state, Whitmer says she wants prevent a potential second wave of the virus by continuing social distancing and extending Michigan's state of emergency to June.

The stay at home order extension comes the day after a judge rejected Repulican lawmakers'  legal challenge to Whitmer's governing powers. A Court of Claims judge ruled the Democratic governor can declare statewide emergencies for indefinite periods. The court's order will stand as Republicans appeal the ruling.

Whitmer's lockdown has been protested by demonstrators holding signs and carrying guns around and inside the state capitol.

Whitmer relaxed some social distancing orders this week. She allowed gatherings of up to 10 people and is permitting nonessential dental and medical procedures to resume. She is also allowing certain stores. But customers are to shop by appointment only, socially distance and wear masks.