White Supremacists Return To Charlottesville For Another Rally 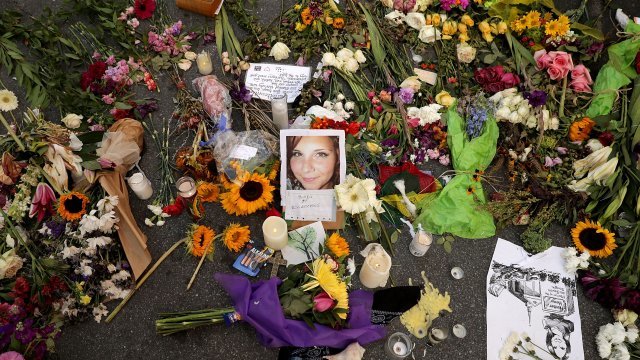 Police monitored the protest and said they followed the group to make sure it left the city.

Just weeks after a so-called "alt-right" rally in Charlottesville, Virginia, left a woman dead and several others injured, white supremacists and Neo-Nazis returned to the city to rally again.

On Saturday, white nationalist leader Richard Spencer and dozens of supporters carried torches and chanted phrases like "you will not replace us," "the South will rise again" and "we will be back."

The group marched and gathered near a statue of Confederate leader Robert E. Lee, which the city has covered in black tarps.

Obama's Tweet For Unity Becomes Most-Liked Of All Time

Virginia Gov. Terry McAuliffe also tweeted: "We are monitoring this situation as we continue to oppose these racists and their message of hate."

And at least one city councilor called for the rally-goers to be prosecuted.

Charlottesville City Councilor Wes Bellamy wrote in a Facebook post that the ralliers' use of torches should lead to prosecution. Bellamy cited a Virginia code that states "any person who, with the intent of intimidating any person or group of persons, burns an object on a highway or other public place in a manner having a direct tendency to place another person in reasonable fear or apprehension of death or bodily injury is guilty of a Class 6 felony."

City police observed the rally, which was nonviolent, and said they followed the group out of the city to ensure it was leaving. Police said they'll work with city leaders and the Commonwealth Attorney's office to see what legal action could be taken in response to the gathering.