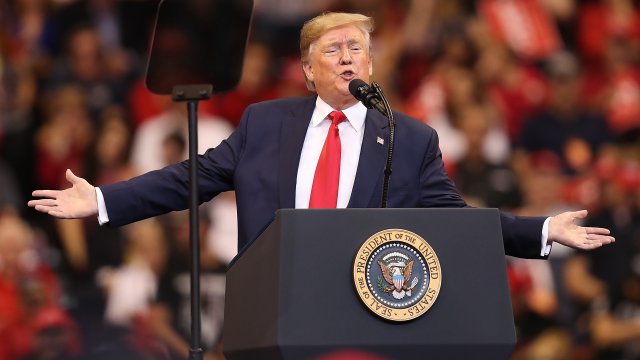 It's set for Wednesday, this time led by the Judiciary Committee.

The hearing's focus will be on "Constitutional Grounds for Presidential Impeachment," according to a letter sent by Chairman Jerry Nadler to the White House.

White House counsel Pat Cipollone sent a letter back outlining why the President won't be in attendance.

He said the committee purposefully scheduled the hearing while President Trump is out of the country for a meeting with NATO leaders in London.

He went on to say Chairman Nadler did not provide information on witnesses, scheduling, procedures or the President's rights during the hearings.

Lastly he mentioned that the Judiciary set another deadline for the administration to confirm whether or not President Trump will participate in "upcoming impeachment proceedings." But the committee did not list when these hearings would occur.

Cipollone said the administration would respond to that deadline separately.

Cipollone summed his five-page response in on sentence by saying:

"In other words, you have given no information regarding your plans, set arbitrary deadlines, and then demanded a response, all to create the false appearance of providing the President some rudimentary process."

Unlike the House Intelligence Committee, the Judiciary allows the President to participate in its hearings.

After the hearings, the Judiciary will consider articles of impeachment.

If approved, they are expected to lead up to a potential House floor vote to impeach President Trump before Christmas.