White House Holding Back Over 100,000 Pages Of Kavanaugh Documents 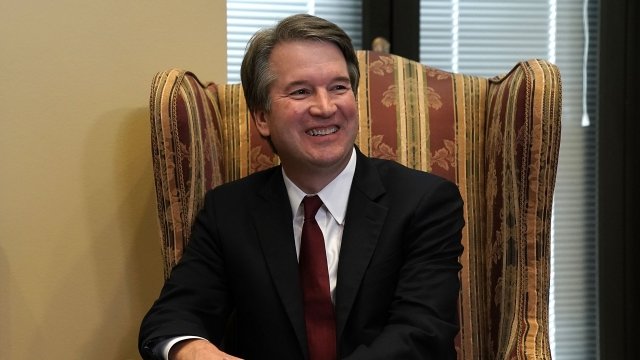 SMS
White House Holding Back Over 100,000 Pages Of Kavanaugh Documents
By Ethan Weston
By Ethan Weston
September 2, 2018
Chuck Schumer says it has the makings of a cover up, but a White House official says the the Senate only asked for non-privileged information.
SHOW TRANSCRIPT

The White House won't release over 100,000 pages of records from Supreme Court Nominee Brett Kavanaugh's time in the Bush administration, according to a letter sent to the Senate Judiciary Committee.

The White House and Department of Justice determined those 100,000 some pages were protected by constitutional privilege, so they wouldn't send them on to the committee.

The letter was written by a William Burck, a lawyer President George W. Bush tasked with sifting through hundreds of thousands of documents related to Kavanaugh to determine what to send back to the Senate.

Senate Democratic leader Chuck Schumer called the decision not to release the pages a "Friday night document massacre" and said the move had "all the makings of a cover-up."