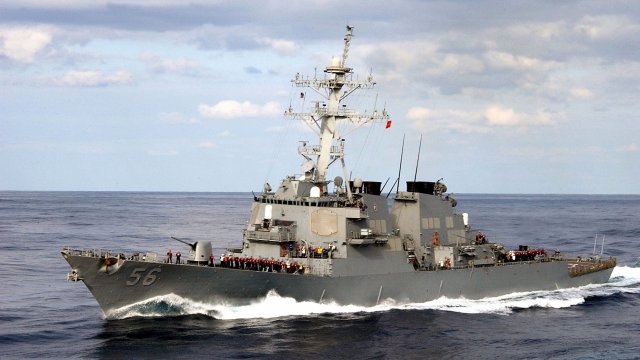 The White House reportedly asked the U.S. Navy to keep the USS John S. McCain out of sight during President Donald Trump's recent trip to Japan.

The Wall Street Journal said a tarp was placed over the USS John S. McCain's name ahead of the president's visit to Yokosuka. But multiple Navy officials later denied that claim.

President Trump repeatedly criticized McCain's politics and service in the military. And he continued to express his dislike for the senator after he died last year.

But the president told reporters he had nothing to do with the request to obscure the ship.

"To me, John McCain, I wasn't a fan. But I would never do a thing like that. Now, somebody did it, because they thought I didn't like him. Okay? And they were well meaning, I will say," President Trump said.