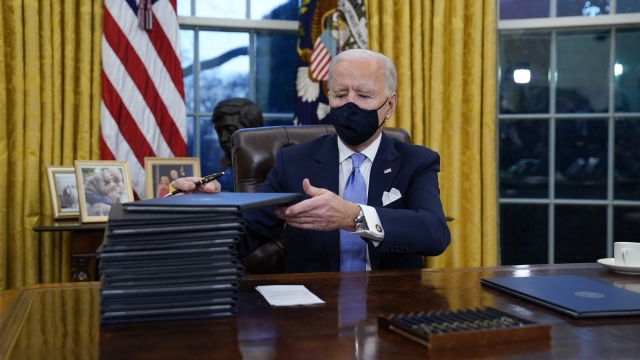 The Biden administration is joining Democrats on Capitol Hill to unveil a major immigration overhaul.

The legislation reflects the White House's broader priorities for reform, including an increase in visas, funding to process asylum applications and new technology at the U.S.-Mexico border.

The plan outlines pathways to temporary legal status and citizenship, and earmarks $4 billion to boost socioeconomic development in Latin America.

The bill does not include enhanced border security, meaning it may meet opposition from Republicans in the divided Congress.