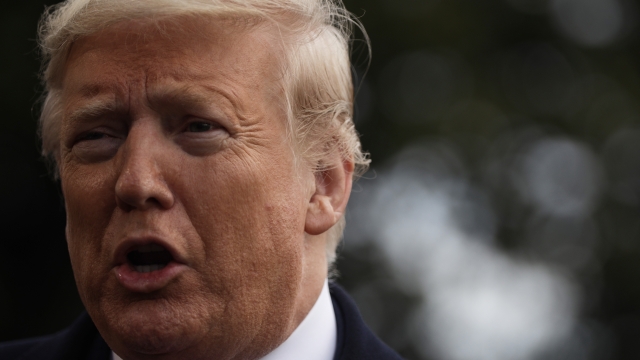 The $4.8 trillion proposal applies to the fiscal year that begins Oct. 1. The plan calls for a 0.3% increase in military spending, bringing it to $740.5 billion. And it would decrease non-defense spending by 5%, down to $590 billion — lower than the spending level President Trump negotiated with Congress last year.

The proposal also requests a 21% cut to foreign aid and aims to eliminate the federal deficit by 2035.

The plan is unlikely to get the green light from Congress. Democrats control the House of Representatives, and some have already publicly criticized the budget proposal.

But the plan does highlight President Trump's priorities, including border security and tax cuts, as the 2020 presidential election inches closer.