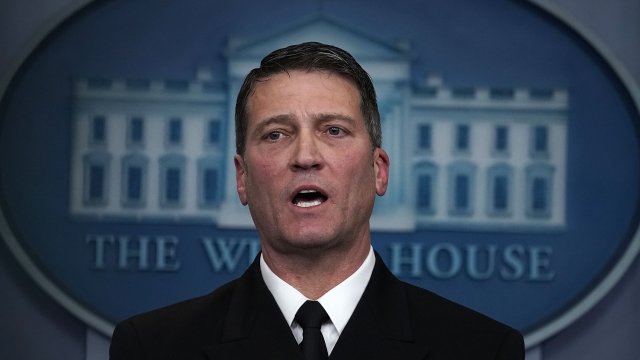 The White House says President Donald Trump will fight for his Department of Veterans Affairs nominee, Rear Adm. Ronny Jackson, after all.

Just hours before the White House put out that statement, Trump seemed to imply to reporters that Jackson should take himself out of consideration for the job. White House officials say Jackson has no intention of stepping aside.

But Jackson is facing another hurdle in his nomination process: the Senate Veterans Affairs Committee. The committee is investigating allegations that Jackson created a hostile work environment, drank on the job and improperly dispensed drugs as White House physician.

On Tuesday, the committee postponed Jackson's Wednesday confirmation hearing while they look into the matter.