Trump Went Off-Script In His Speech About Terrorism 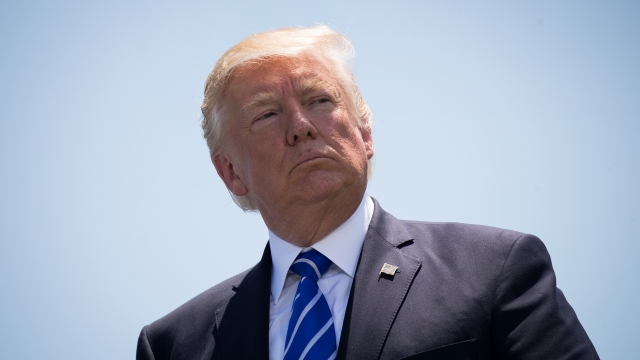 SMS
Trump Went Off-Script In His Speech About Terrorism
By Ryan Biek
By Ryan Biek
May 23, 2017
The prepared remarks had President Trump saying "Islamist," but he said "Islamic" when he delivered his speech in Saudi Arabia.
SHOW TRANSCRIPT

The White House had some explaining to do after President Donald Trump's speech Sunday.

"There is still much work to be done," Trump said. "That means honestly confronting the crisis of Islamic extremism and the Islamists and Islamic terror of all kinds."

Calling out extremism or terror by themselves wasn't the problem.

"You can only unlock this future if the citizens of the Middle East are freed from extremism, terror and violence."

"Islamic" is a term for the faith as a whole. "Islamist" is political in nature and used to describe efforts to implement Islamic law.

Analysts say "Islamist terrorism" is less offensive because it implies the violence is happening for political gains. On the other hand, they say "Islamic terrorism" sounds to many like you're saying the religion itself lends to violence.

The prepared speech had Trump saying "Islamist terror" and "Islamist extremism," but he deviated from the script.

A White House official blamed the mix-up on exhaustion.

During the presidential campaign, Trump criticized the Obama administration for refusing to use terms like "radical Islamic terrorism."