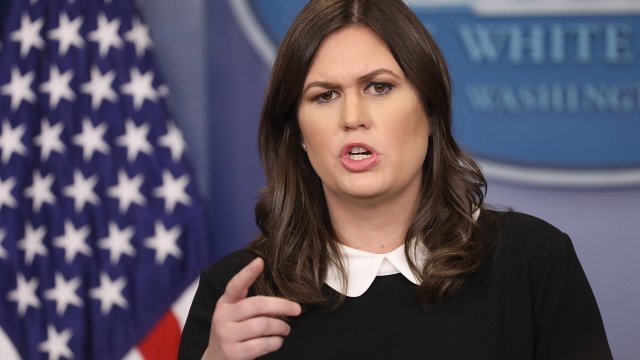 SMS
White House Says It Will Soon Release Framework On Immigration Reform
By Gabrielle Ware
By Gabrielle Ware
January 24, 2018
The plan would include a "permanent solution" on the Deferred Action for Childhood Arrivals program, according to a statement from the White House.
SHOW TRANSCRIPT

The White House put out a statement Wednesday, saying it would release a legislative framework for bipartisan immigration reform.

The letter says the upcoming framework will provide a "permanent solution" to the Deferred Action for Childhood Arrivals program, or DACA.

The statement comes after Republican Senate Majority Leader Mitch McConnell promised a vote on DACA in exchange for Senate Democrat votes to temporarily fund the government. But that deal wasn't legally binding.

This White House statement may show there's some hope in resolving an issue that's caused major contention between the two parties.

That statement also said the legislation would focus on "securing the border," "ending family-chain migration" and "cancelling the visa lottery." The release said the framework would be out Monday.