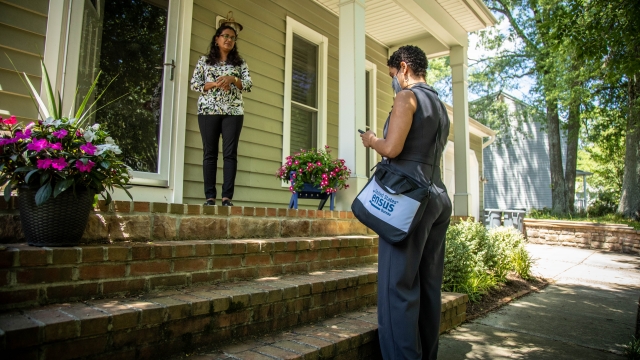 SMS
White House To Ask High Court To Overturn Census Decision
By LeeAnne Lowry
By LeeAnne Lowry
September 19, 2020
If undocumented immigrants end up not being counted in the census, California, Texas and Florida would each lose at least one House seat.
SHOW TRANSCRIPT

The White House said Friday it's asking the Supreme Court to overturn a lower court decision that requires the census to include undocumented immigrants.

President Donald Trump in July ordered the Commerce Department to leave undocumented immigrants out of the census count. But a three-judge panel said earlier this month that leaving them out would violate federal laws. It did not make a call on whether the order was unconstitutional.

Census totals determine, among other things, how many U.S. representatives each state gets. Pew Research Center reports if undocumented immigrants weren't counted, California, Texas and Florida would each lose at least one House seat.

The count has been delayed by the pandemic. Initially the White House requested more time, but it reversed course in July and moved to cut its extension short.

While it appeals the case, the White House argues that the lower court's decision doesn't prevent the Department of Commerce from preparing to exempt undocumented immigrants from the census count.