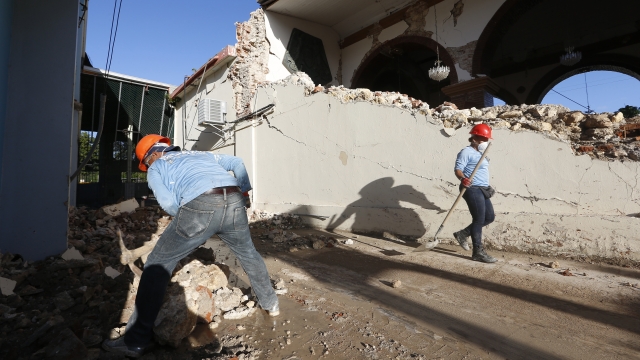 The White House issued a statement on Wednesday, threatening to veto a bill that would appropriate more relief funds for Puerto Rico.

Since the start of the year, over 500 earthquakes have shaken Puerto Rico, damaging countless buildings and leaving residents afraid to go back into their homes.

The House bill would, among other things, provide over $4.7 billion in additional aid to help Puerto Rico recover not just from the quakes, but to continue its recovery from Hurricane Maria, which hit in September 2017.

The White House wrote the administration "strongly opposes" the resolution, which it calls "misguided." It signaled it doesn't trust the Puerto Rican government to use the funds as appropriated.

The statement said, "Neither Puerto Ricans nor the American taxpayers benefit when emergency aid is misallocated, lost, or stolen through waste, fraud, and abuse."

The White House also said it thinks the House is rushing the bill. The measure is expected to pass the House on Friday, but it's unlikely to have enough support in the Senate.