The Trade War Is Back: White House To Impose New Tariffs On China 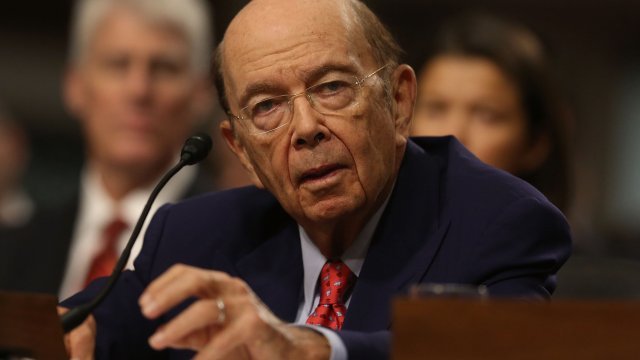 The Trump administration has revived the trade war with China, just days ahead of crucial meetings in Beijing.

The Trump administration announced new tariff threats against China on Tuesday, just days ahead of the trade negotiations scheduled to take place in Beijing.

In a statement, the White House said it will impose a 25 percent tariff on $50 billion of goods from China containing "industrially significant technology." The official list of affected imports is expected to be announced by June 15.

The statement added the administration will be implementing investment restrictions and enhanced export controls on certain Chinese individuals and companies, which will be announced by June 30. It also said the U.S. will continue pursuing the complaint it filed against China at the World Trade Organization over China's alleged theft of U.S. intellectual property.

The trade war revival comes about a week after Treasury Secretary Steven Mnuchin said it would be placed on hold once China committed to purchasing billions of dollars of American goods. It also follows President Donald Trump's vow to save Chinese electronics company ZTE after its future was in limbo for violating U.S. sanctions.

All of this is sure to put Commerce Secretary Wilbur Ross' upcoming meetings in China under the microscope. Depending on how those go, China's role in the upcoming North Korean nuclear weapons summit could change.