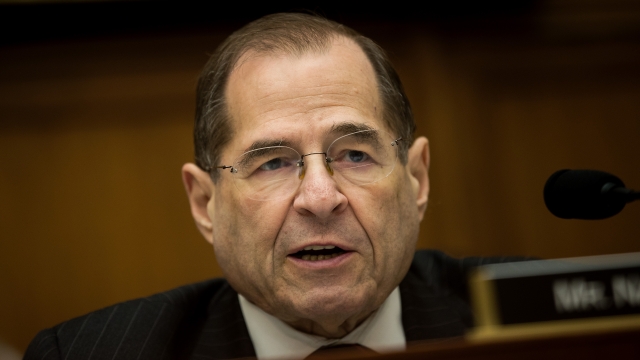 It looks like the House Judiciary Committee has hit a roadblock. In a 12-page letter Wednesday, White House counsel Pat Cipollone told the Committee to "discontinue the inquiry" into President Donald Trump.

The letter is in regards to committee chairman Jerry Nadler's March 4 letter where he requested information from 81 agencies, entities and individuals with ties to the president as part of an investigation into the alleged obstruction of justice, public corruption, and other abuses of power by President Trump.

Cipollone wrote: "Congressional investigations are intended to obtain information to aid in evaluating potential legislation, not to harass political opponents or to pursue an unauthorized 'do-over' of exhaustive law enforcement investigations conducted by the Department of Justice."

Cipollone is referring to special counsel Robert Mueller's investigation where he looked into whether Russia played a role in the 2016 presidential election and whether President Trump obstructed justice. The report found Russia did interfere, but it didn't conclude if the president obstructed justice.

However, Cipollone did say that he would consider more narrow requests from the committee if they have a legislative purpose.

Nadler responded telling reporters the claims in the letter were "ridiculous" and that the committee will continue its investigations.

Aside from what he requested in March, Nadler has also called on Mueller to testify no later than May 23. The committee has also requested former White House Counsel Don McGahn to testify on May 21, but McGahn has not confirmed that he will be there. Nadler is threatening to hold him in contempt if he doesn't show up.