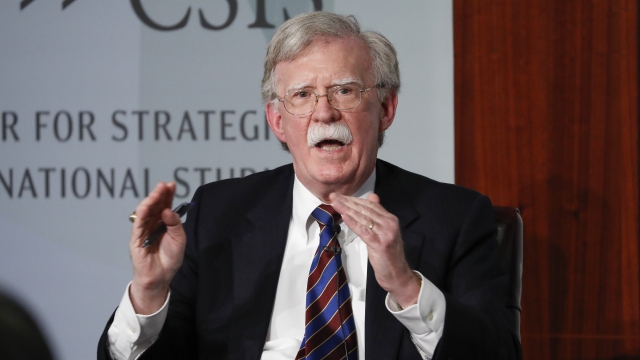 The Trump administration filed a lawsuit against former national security adviser John Bolton over his upcoming book. "The Room Where It Happened: A White House Memoir" is expected to be released next week.

The lawsuit, filed in Washington, D.C., argues Bolton's manuscript is filled with classified information, and that he didn't finish a contractually obligated review process with the White House.

The book's publisher previously said it would be released on June 23. A source close to Bolton told CNN he intends to publish the book as planned. On Monday, President Donald Trump said he considers all of his own conversations to be classified.

Legal experts say the lawsuit cannot stop the book from being published. Copies have already been shipped to distributors.