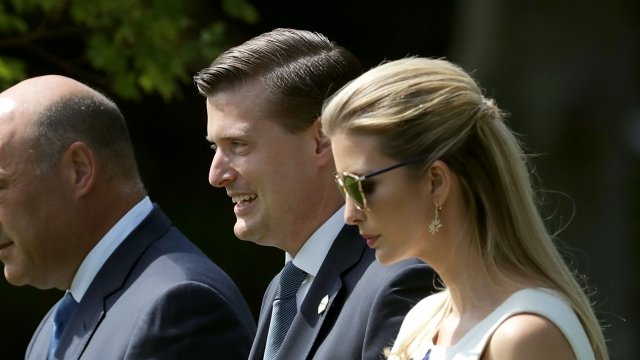 White House staff secretary Rob Porter has resigned. Porter stepped down after his two ex-wives accused him of physical and emotional abuse.

White House press secretary Sarah Sanders read a statement from Porter, who denies the allegations. The statement also implied he won't step down immediately. Porter said he will "seek to ensure a smooth transition when I leave the White House."

The Daily Mail was the first to reveal the allegations after speaking with both ex-wives. One woman claims Porter choked and punched her. Another says she filed a protective order against him, alleging he once pulled her out of the shower and yelled at her.

Porter worked closely with White House chief of staff John Kelly on the day-to-day operations of the West Wing. Kelly and other White House aides reportedly asked Porter to stay on after the allegations were revealed.