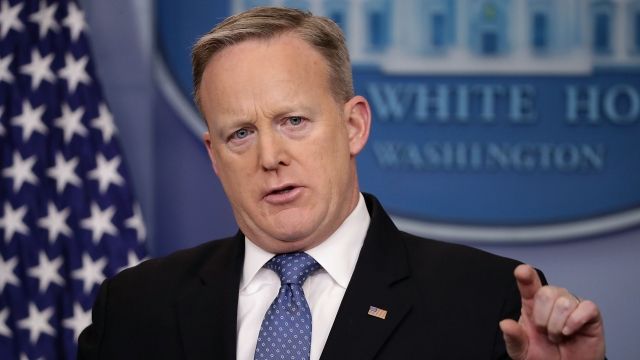 Just hours after Trump made those statements, news outlets including CNN, The New York Times and Politico were left out of an on-the-record briefing with White House press secretary Sean Spicer.

It wasn't a full briefing like the ones held on-camera in the Brady Press Briefing Room. Rather, Spicer held a gaggle — which is informal and off-camera but on the record.

Typically, outlets aren't excluded from gaggles. So outlets and journalists protested on air and on social media.

CNN reported Thursday that the White House asked the FBI to downplay reports Trump campaign aides had contact with Russians who were on the radar of U.S. intelligence during the 2016 campaign. CNN said in a statement, "Apparently this is how they retaliate when you report facts they don't like."

According to a reporter with the Washington Examiner, Spicer didn't directly answer whether certain outlets were left out because he was "upset with them." Rather, he said he decided to "expand the pool."

But as White House Correspondents' Association President Jeff Mason told CNN in a phone interview, "They clearly wanted to have a gaggle that was not on camera and that not a full — the full press corps today. We don't object to there being briefings like that that aren't always on camera. But we have encouraged them, when they want to do something like that, which is a gaggle ... that they still do it in the press room and do it in a place where all reporters have a chance to ask questions." 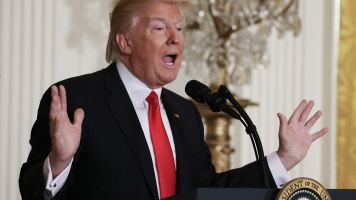 Conservative outlets like Breitbart and One America News Network were admitted to the gaggle, along with more mainstream outlets like ABC and NBC.

Former White House press secretary Ari Fleischer, who served under President George W. Bush, said outlets shouldn't be barred. But he also told the media to "calm down" because it's happened before — including under President Barack Obama.

According to reports, the Associated Press and Time were invited to join the gaggle, but they boycotted it after other outlets were left out.

The president of the White House Correspondents' Association said it was "protesting strongly against" the handling of Friday's gaggle.

Those allowed in the gaggle reportedly plan to share audio and transcripts with outlets left out.