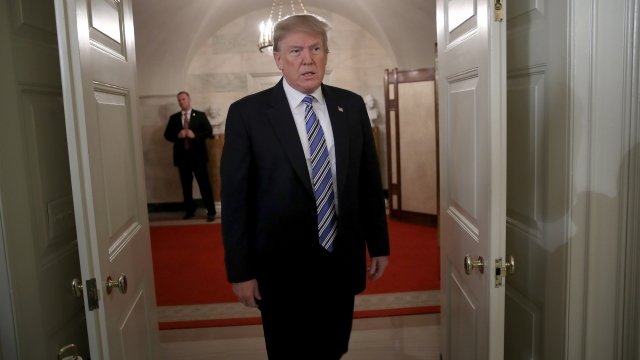 The Fix NICS Act would offer financial incentives to states and federal agencies that upload information to the federal system about people who are supposed to be banned from buying a gun.

It was introduced last November after a shooting at a Texas church. The suspect in the shooting was able to buy a gun because the U.S. Air Force didn't report his past general court-martial for domestic violence.

The press secretary said, "While discussions are ongoing and revisions are being considered, the President is supportive of efforts to improve the Federal background check system."

After the Florida school shooting in February, some lawmakers, students and teachers have all urged Trump and Congress to pass gun control legislation.