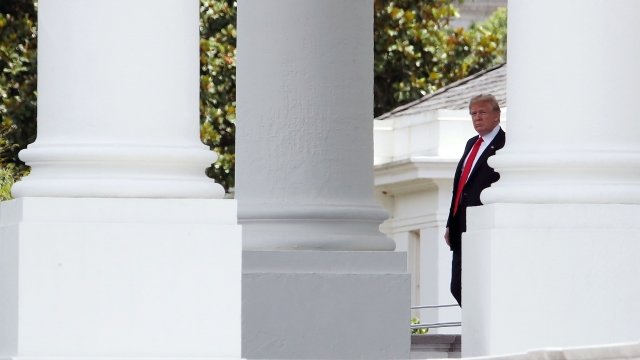 The White House says the latest indictment from special counsel Robert Mueller's team is "consistent with what we have been saying all along."

On Friday, the Department of Justice announced an indictment charging 12 Russian intelligence officers with hacking into the Democratic National Committee. The charges include aggravated identity theft, conspiracy to launder money and conspiracy to commit an offense against the U.S.

A statement from deputy press secretary Lindsay Walters said, "Today’s charges include no allegations of knowing involvement by anyone on the campaign and no allegations that the alleged hacking affected the election result."

President Donald Trump has frequently called Mueller's investigation a "witch hunt" and insisted there was no collusion with anyone involved with his campaign.

While no one has been charged with collusion, Mueller's investigation has resulted in a lot of criminal charges. He's filed nine separate indictments naming 32 individuals and three businesses as defendants, and the investigation is ongoing.