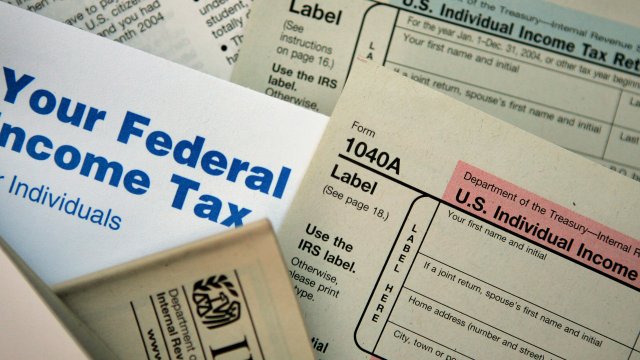 SMS
White House Says It Would Veto Democratic Bill To Overturn SALT Cap
By Briana Koeneman
By Briana Koeneman
December 19, 2019
The House is slated to vote on the bill Thursday. It would temporarily remove a cap on state and local tax deductions.
SHOW TRANSCRIPT

The Trump administration says it would veto a Democratic bill that would temporarily scrap a $10,000 cap on state and local tax deductions originally implemented under the 2017 GOP tax reform.

The House is slated to vote on the bill Thursday. It would repeal the cap on the so-called SALT deduction for two years.

But the Office of Management and Budget said overhauling the cap would "unfairly force all Federal taxpayers to subsidize a tax break for the wealthy, as well as excessive government spending by fiscally irresponsible States."

While the White House is threatening to veto it, there's a chance it won't make it to President Trump. It's expected to pass in the House, but would likely either fail or even not be brought up for a vote in the Senate.