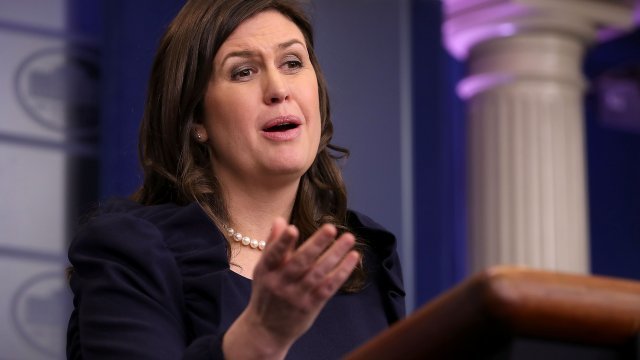 Sanders also said Trump "wasn't part of this decision-making process." But Trump and McCabe do have an entangled history.

Trump tweeted on Dec. 23: "FBI Deputy Director Andrew McCabe is racing the clock to retire with full benefits. 90 days to go?!!!" He put out another tweet the same day suggesting McCabe was bias against him in the department's Russia investigation because his wife accepted campaign donations from someone tied to Hillary Clinton.

Sources told NBC News McCabe will stay on the FBI's payroll until mid-March.