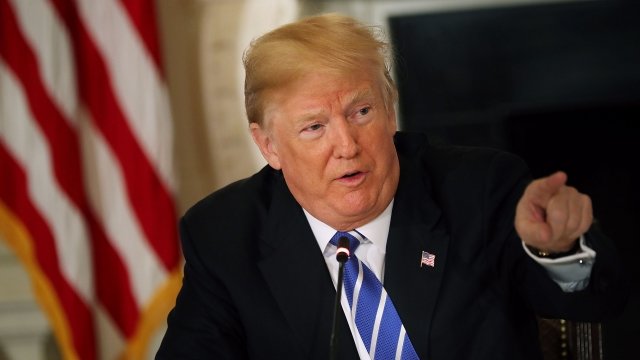 The White House released its 2019 budget proposal Monday, and it would drastically raise the country's deficit.

The proposal makes a number of cuts to social programs, like Medicaid and Medicare.

Even with those cuts, the Trump administration estimates it'd run into a $984 billion deficit in 2019. And the deficit would remain around $1 trillion for the next few years.