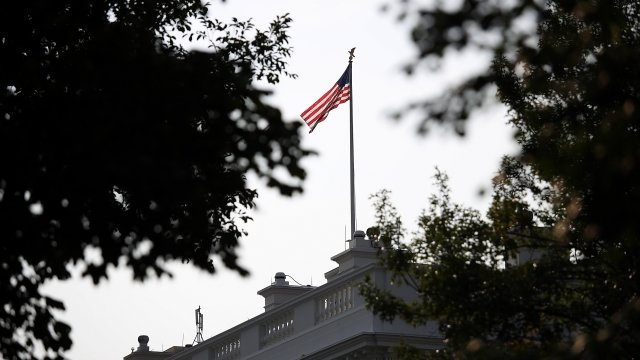 A lot of attention was drawn to the White House after it raised its American flag to full staff Monday morning.

It lowered the flag to half-staff Saturday evening to honor Sen. John McCain, who died at age 81 following an aggressive battle with brain cancer.

Now, flying the American flag at half-staff for less than 48 hours might seem short for such a high-profile figure. But the White House is actually following the guidelines laid out by the Department of Veterans Affairs.

It calls for flags to be lowered on all federal buildings, grounds and naval vessels on the day of and the day after a member of Congress dies. Flags remain at half-staff until the day of interment if the lawmaker held a majority or minority leadership position in the Senate or the House.

Presidents will sometimes order flags to remain at half-staff for longer than what's required by U.S. code. But President Trump hadn't issued that proclamation Monday morning. The flag was raised to full staff before being lowered again Monday afternoon.