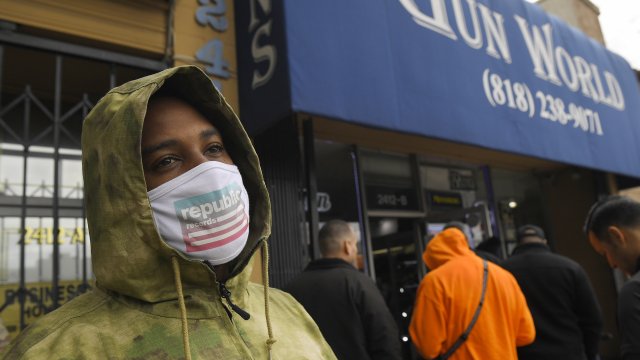 The Trump administration is asking Congress to approve an additional $45.8 billion to boost funding for federal agencies as they continue to respond to the coronavirus outbreak.

The White House Office of Management and Budget sent the request to lawmakers Tuesday night along with a letter from the agency's acting director Russell Vought.

Vought wrote, in part: "The unprecedented mobilization the Administration has achieved has forced agencies to incur unanticipated costs. These costs must be met with a legislative response to ensure full operational capacity."

The request is separate from an $850 billion emergency stimulus package that President Donald Trump and Treasury Secretary Steven Mnuchin presented during a press conference Tuesday. That proposal would provide relief for small businesses, a big tax cut for wage earners and a bailout for the airline industry.

As of early Wednesday, there were more than 6,400 confirmed cases of the coronavirus in the U.S., according to Johns Hopkins.