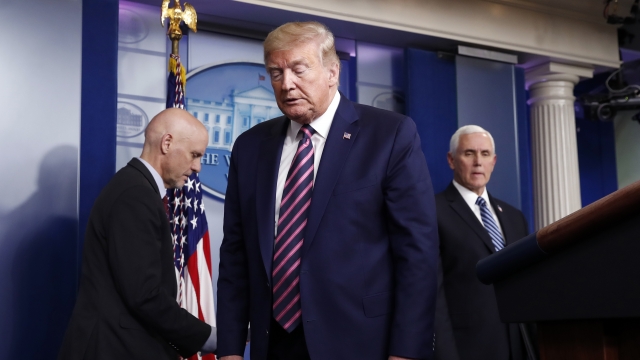 President Donald Trump: "We're doing very serious investigations, as you probably know. And we are not happy with China.

The White House has directed intelligence agencies to look into whether China or the World Health Organization withheld any information about the early days of the coronavirus. NBC News reported Wednesday that the National Security Agency, Defense Intelligence Agency and CIA have all been tasked with the assignment.

The agencies maintain China failed to disclose details about the disease, and they have been told to determine what the WHO might have known about coronavirus research in Wuhan province, where the outbreak was first reported.

The White House alleges the World Health Organization favors China, and its request followed calls from House Republicans on Monday to investigate the organization. It also follows President Trump's announcement earlier this month that his administration would halt funding to the WHO pending a review of its initial response.

Although the WHO used conservative language to describe the outbreak early on, critics see the investigation as the Trump administration's attempt to distract from its own response to the pandemic.

U.S. intelligence agencies reportedly saw warning signs of the crisis as far back as November. And news about a possible pandemic appeared in President Trump's daily intelligence brief at least a dozen times between January and February.