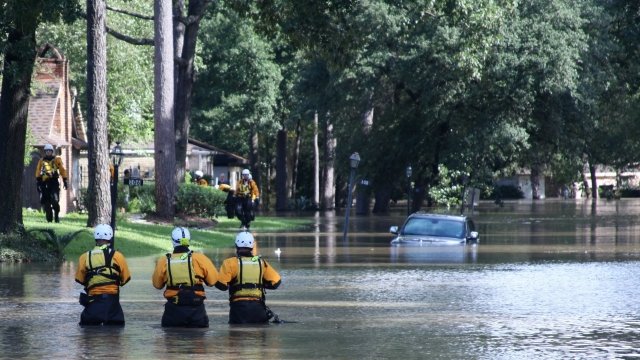 Several analysts predict FEMA's funds will run out by the end of the month. But Congress will have to borrow to give the agency the billions it needs.

The Trump administration has asked Congress for just under $8 billion for Hurricane Harvey response and recovery efforts.

If granted, the White House would give $7.4 billion to the Federal Emergency Management Agency's disaster relief fund and $450 million to the Small Business Administration's disaster loan program.

FEMA only had $3.6 billion in its disaster fund before Harvey hit about a week ago.

And some analysts predict FEMA's current budget will only last through the end of September. Meanwhile, the agency's director has predicted FEMA will be working in Texas "for years."

The government's going to have to borrow to reach the $7 billion The White House is requesting. But in order to borrow, Congress first has to raise the government's debt ceiling.

The debt ceiling is the maximum amount the government can legally borrow.

Only Congress has the power to raise the debt ceiling, which is why the White House is turning to Congress for the funds.

The good news for FEMA is Congress is facing its own budget crisis. If it doesn't approve a spending plan by the end of the month, the government will shut down.

And a government shutdown would hurt the agencies working on Harvey recovery — which wouldn't look too good politically.

Multiple outlets note that while some Republicans have been against raising the debt ceiling in the past, many are on board now because of the need for Harvey relief.