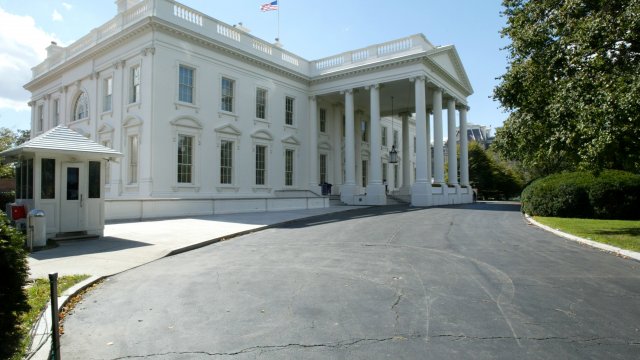 The White House wants to direct $2.5 billion towards fighting the deadly coronavirus outbreak.

As part of the plan sent to lawmakers Monday, the White House Office of Management and Budget said the funding would support public health surveillance, treatment and the development of new vaccines.

Here's how the budget request breaks down: The Trump administration said it needs $1.25 billion in new emergency funding. It wants to redirect another $535 million that was already appropriated for Ebola virus treatment and prevention. Finally, it said it expects to shift money from other government agencies to complete its $2.5 billion plan.

Acting White House Budget Director Russell Vought wrote in the letter, "The President's priority is protecting the homeland, and the Administration is working aggressively to minimize the risk of the virus spreading in the United States."

Globally, the coronavirus has killed at least 2,705 people and infected more than 80,000 others. The majority of those confirmed cases are in mainland China, but the virus has spread to dozens of other countries and territories.

Health officials have confirmed 14 cases of the virus in the U.S. On top of that, 39 other Americans are being treated after they were infected overseas.

Democratic lawmakers criticized the White House's budget, describing it as "woefully insufficient" and "too little too late." House Speaker Nancy Pelosi said the House will soon introduce its own funding package to fully address the outbreak.

Additional reporting by Andrew Taylor of the Associated Press. Contains footage from CNN.