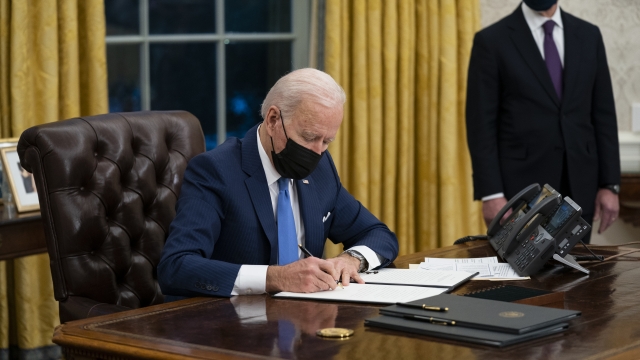 SMS
Reports: White House To Propose $6 Trillion Budget
By Newsy Staff
By Newsy Staff
May 27, 2021
The proposal would be the highest level of sustained federal spending since World War II, but will likely face pushback from Republican lawmakers.
SHOW TRANSCRIPT

The White House is reportedly going to unveil a $6 trillion budget plan for the next fiscal year.

The New York Times first reported it would amount to the highest sustained levels of federal spending since World War II.

This blueprint is effectively a starting point with Congress and it will surely get pushback from Republican lawmakers.