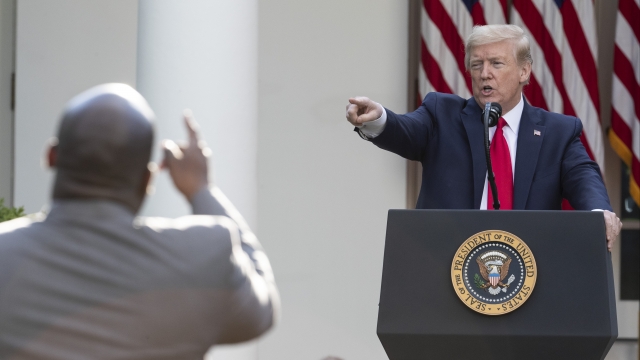 The guidance lays out how the administration will work with states and the private sector to expand testing.

Governors have called for a national testing strategy, but documents released by the White House made it clear it's leaving that to individual states.

In one of the new documents released by the White House, the Trump administration said the federal government should act "as a supplier of last resort" when it comes to testing. It also calls on states to develop testing plans and rapid response programs and says those measures "will be federally supported, state managed, and locally executed."

The president has faced scrutiny over his handling of the coronavirus pandemic, especially when it comes to testing. But during the briefing, he said he believes the U.S. has tested more people for coronavirus than any other country.

"We've launched the most ambitious testing effort, likewise, on Earth," President Trump said. "The United States has now conducted more than 5.4 million tests, nearly double the number tested in any other country, more than twice as much as any other country."

Experts say expanding testing is necessary if states are going to reopen. An administration official told The Wall Street Journal the U.S. is prepared to send enough coronavirus tests to every state to screen at least 2% of its residents.