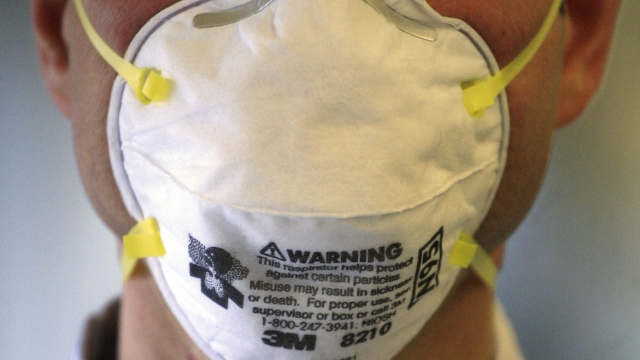 "We have reached an agreement, a very amicable agreement, with 3M," President Trump said.

The White House and manufacturing giant 3M have struck a deal to produce millions of face masks for health care workers on the front lines of the coronavirus pandemic.

President Trump announced the agreement during a press conference on the outbreak. He said 3M will make approximately 166.5 million high-quality face masks over the next three months.

The company's CEO later said in a statement those masks will supplement the 35 million N95 masks it currently produces per month in the U.S.

President Trump previously said 3M should stop exporting masks to other countries and accused the company of not doing enough to help address the severe shortage of medical equipment in the U.S. — an allegation the company vehemently denied.

3M said it also plans to ramp up its global mask production in the coming months.