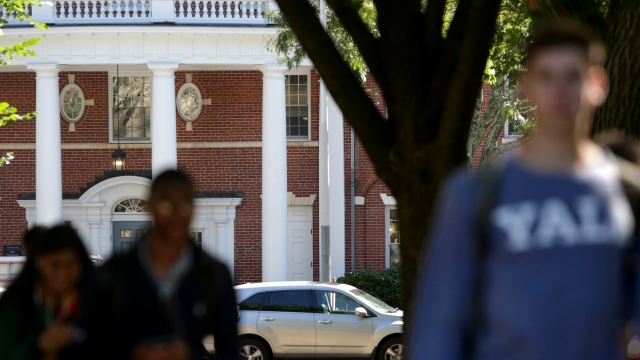 The Trump administration is proposing new reforms to student loan programs in its 2020 budget plan that could affect the way some people pay for college.

Overall, the budget plan asks for about $62 billion for the Education Department, a 10 percent cut from last year. That includes some changes to current federal loan initiatives.

For starters, the proposal gets rid of subsidized loans altogether. That means while borrowers are in school, they'd have to pay the interest on loans, instead of the federal government.

It would also cut the public service student loan forgiveness program. The plan, created under the George W. Bush administration, erases student loans for people who are full time employees in certain public service jobs as long as they've made on-time payments for 10 years.

Critics say this move will steer people away from certain jobs, like police officers, firefighters and public defenders.

In addition, the proposal calls for quicker undergraduate student loan forgiveness. So any remaining student loan debt for those loans would be forgiven after 15 years, instead of the current 20 years.

But in exchange for that, the cap for student loans based on income would go up, from 10 percent to 12.5 percent. And the number of payment plans offered would be reduced to just one.

The budget still has to be approved by Congress, which could prove to be difficult in a Democrat-led House. And as CNBC points out, past congressional leaders have turned down previous budget requests that include education funding cuts.