White House Proposal Would Penalize Some Immigrants In US Legally 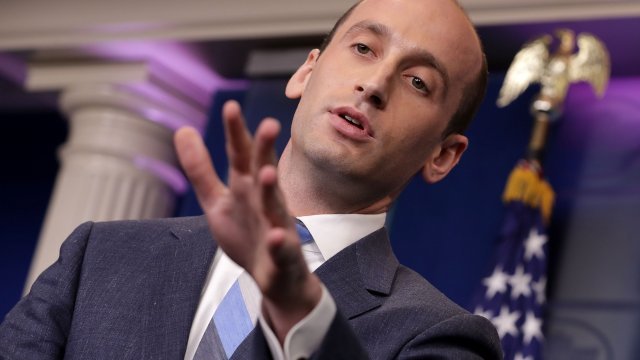 SMS
White House Proposal Would Penalize Some Immigrants In US Legally
By Gabrielle Ware
By Gabrielle Ware
August 7, 2018
The Trump administration could use immigrants' enrollment in government programs as grounds for citizenship denial.
SHOW TRANSCRIPT

The Trump administration is expected to issue a proposal that will make it harder for immigrants who are in the U.S. legally to obtain citizenship.

Sources told multiple media outlets lawful immigrants enrolled in government programs like Obamacare or the Children's Health Insurance Program, or who've received public benefits like food stamps, would have a harder time getting citizenship or a green card.

That's because the proposal would expand the type of benefits that could serve as grounds for the government to reject their applications to become permanent residents. The same could happen even if a family member was enrolled in the program and not the applicant.

A spokeswoman for the Department of Homeland Security says the administration wants to "protect the American taxpayer by ensuring that foreign nationals seeking to enter or remain in the U.S are self-sufficient."

The White House has been reviewing the proposal since at least March. It reportedly had to be amended multiple times for fear of potential legal action against it.

According to CNN, White House adviser Stephen Miller is trying to expedite the measure, which would not need congressional approval.