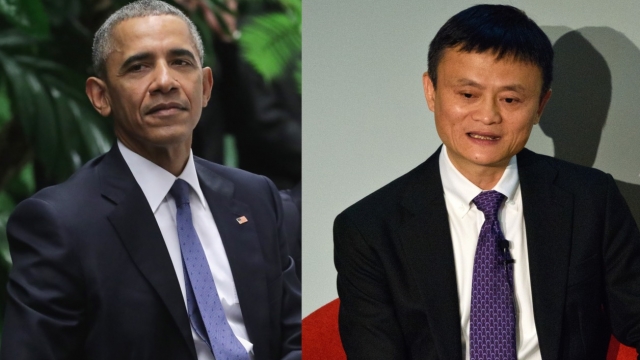 SMS
White House Promises Nothing Shady Went Down In Jack Ma Meeting
By Eugene Daniels
By Eugene Daniels
May 18, 2016
The president met China's second-richest man Tuesday in a private lunch and has had to defend it ever since.
SHOW TRANSCRIPT

President Obama and Ma met privately Tuesday, and the press only found out after seeing Ma leave the building afterward. The White House has had to defend the meeting ever since.

Ma's company, Alibaba, makes him a pretty controversial figure. Alibaba is China's largest e-commerce company but has been accused of not doing enough to stop counterfeiters that use the site to sell their goods. Alibaba was also basically booted out of the International AntiCounterfeiting Coalition after companies quit in protest of its inclusion.

The White House promises nothing untoward is going on. The president and Ma appeared onstage at the Asia-Pacific Economic Cooperation meeting last year, and the president told Ma to stop by the White House if he were ever in town.

Though no details of what the men talked about have been revealed yet, the White House says they have "a number of common interests," including climate change and the international economy.

Obama's press secretary also pointed to Ma's name on the White House visitor's log as proof there isn't anything shady going on.

This video includes images from Getty Images and clips from the White House, The Wall Street Journal, Rappler, Bloomberg, CNBC, The Washington Post and Stanford University.