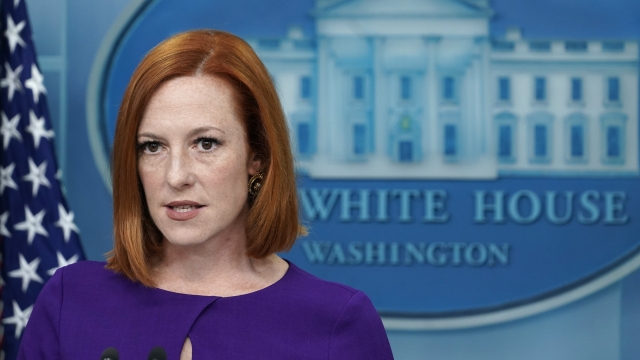 For much of the past two years, America has been first in line for COVID-19 vaccines and treatments. Now, as drugmakers develop the next generation of therapies, the White House is warning that if Congress doesn’t act urgently the U.S. will have to take a number.

Tune in for a briefing with Press Secretary Jen Psaki and Dr. Ashish Jha. https://t.co/R1ZZjAX9PM

Already the congressional stalemate over virus funding has forced the federal government to curtail free treatment for the uninsured and to ration monoclonal antibody supplies. And Biden administration officials are expressing increasing alarm that the U.S. is also losing out on critical opportunities to secure booster doses and new antiviral pills that could help the country maintain its reemerging sense of normalcy, even in the face of potential new variants and case spikes.

Japan, Vietnam, the Philippines and Hong Kong have all placed orders for treatments and vaccine doses that the U.S. can't yet commit to, according to the White House. 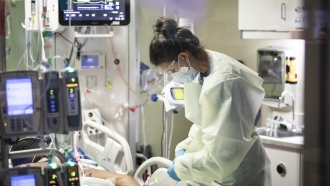 Uninsured Americans Could Soon Be Charged For Covid Testing, Vaccines

Months ago, the White House began warning that the country had spent through the money in the $1.9 trillion American Rescue Plan that was dedicated directly to COVID-19 response. It requested an additional $22.5 billion for what it called “urgent” needs in both the U.S. and abroad.

The Senate last month closed in on a smaller $10 billion package focused on domestic needs. But even that deal fell apart as lawmakers objected to an announcement from the Centers for Disease Control and Prevention that it would end Trump-era border restrictions related to the pandemic.

The White House this week is mounting a push for doctors to get less stingy about prescribing the antiviral pill Paxlovid, which was initially rationed for those at the highest risk for severe outcomes from COVID-19 but is now more widely available. A 20 million-dose order placed last year by the government helped boost manufacturing capacity.

The U.S. used similar advance-purchase agreements to boost the domestic supply and manufacture of COVID-19 vaccines, through what was known in the Trump administration as “Operation Warp Speed.”

Now, with a new generation of treatments on the horizon, the U.S. is falling behind.

Because of the funding delays, officials say, the U.S. has yet to place an advance order for drugmaker Shionogi's upcoming COVID-19 antiviral pill, which would help the company scale manufacturing to ramp up production.

Complicating matters further are the long lead times to manufacture the antiviral and antibody treatments. Paxlovid takes about six months to produce, and monoclonal antibody treatments used to treat COVID-19 and prevent serious disease in the immunocompromised take similarly long, meaning the U.S. is running out of time to replenish its stockpile before the end of the year.

The funding debate is also holding up U.S. purchases of COVID-19 vaccine booster doses, including an upcoming new generation of vaccines that may better protect against the Omicron variant.

The Biden administration has said that while the U.S. has enough vaccine doses for children under 5, once they are approved by regulators, and for fourth shots for high-risk people over 50, it doesn’t have the money to order the new generation of doses.

Republicans have shown no signs of backing down from their insistence that before supplying the 10 GOP votes needed for the COVID-19 funding package to pass the Senate, the chamber must vote on their effort to extend the Trump-era Title 42 order. That COVID-linked order, which requires authorities to immediately expel nearly all migrants at the border, is set to be lifted on May 23.

An election-year vote to extend that order would be perilous for Democrats, and many hope no such vote occurs. Many say privately they hope President Biden will keep the immigration curbs in place or that a court will postpone the rules’ termination, but Republicans could well force a vote anyway.