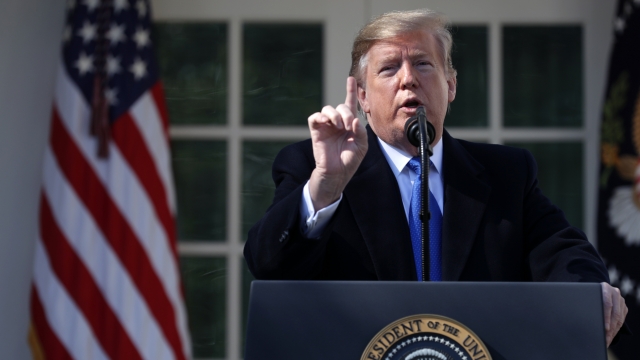 The Trump administration is reportedly working to create a panel that will study whether climate change is a national security issue — and it will be led by a climate change skeptic.

That's all according to The Washington Post, which reports the Trump administration has already drafted an executive order to set up the panel. The 12-person committee will reportedly be led by William Happer, a physicist serving as the president's deputy assistant for emerging technologies. Happer has said that the carbon emissions connected to climate change should be viewed as an asset to humanity.

A 2018 U.N. report found worldwide greenhouse gas emissions were still increasing as of 2017 and said the world needs to take "urgent action" to stop global temperatures from rising further.